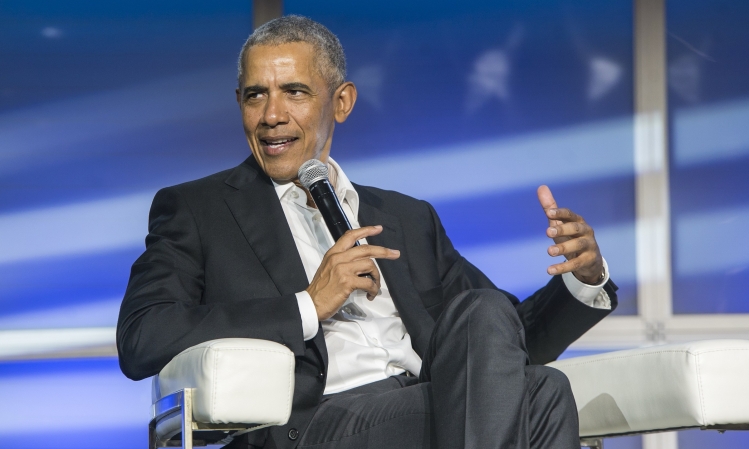 Tarsus Connect, a leader in live events for meeting planners and those in the travel and tourism industry, hosted its third presidential featured speaker, Barack Obama at its most recent Connect event in Kissimmee, Florida.

The audience of more than 2,000 travel industry buyers, suppliers, as well as meeting and event professionals enjoyed an hour-long Q&A session with the former president and Connect CEO, Chris Collinson. Obama shared a powerful message that he instilled in his daughters: "Be kind. Be useful."

"Connect always brings the best of the best speakers to their events. Chris Collinson's 'unplugged' interview with President Obama was no different and brought out the 'personal' side of the president that few get to see," said Roger Dow, President and CEO of U.S. Travel Association.

Obama joins an esteemed roster of previous featured speakers such as Nicole Kidman, Magic Johnson, Anderson Cooper and Robin Roberts. He is the third president to be a featured speaker at a Connect event and interviewed by Collinson. Former presidents Bill Clinton and George W. Bush, have also been keynote speakers. Additionally, Chelsea Clinton and former first lady Laura Bush have headlined the event that brings world-class thought leaders together with those who work in the travel and tourism industry.

"Aspirational leaders like Obama bring the inspiration and engagement that leaders in the travel industry are looking for," says CEO Chris Collinson. "It was truly one of the highlights of my career to host and interview President Barack Obama. His non-political message was a great reminder to all of us about the power of kindness."

The 44th president's appearance marked Connect's second largest annual event, outside of its Connect show that will bring more 4,500 attendees to New Orleans, 19-21 August. Connect will announce its A-list keynote line-up for its New Orleans event in May 2020.

Designed to meet our
customers needs